Have you ever thought about why we go to school? Why we spend a dozen of years of our life going to the same place every day to be taught what is right and what isn't? Why we endure those endless lessons on math, ancient greece or correct spelling? Why we take part in these theatrical classroom plays and struggle to memorize everything that one important person up there says?

Sure you have. Every child asks this question at some point when the motivation to go to school finally plummets. It seems like a silly question, but, like most questions that are asked by children and shrugged off by parents with the usual platitudes ("Everyone has to go to school, honey."), it's a quite profound question the answer to which has many implications.

Let's not answer the question just yet, though, but continue playing the why game by asking a closely related question: Why do schools, why does our educational system, look like it does today? As grown-ups, when we debate our educational system, of course we have all sorts of opinions on what is wrong with it and what it falls short of -- if we debate at all, that is, and not simply accept it as a necessary evil ("Everyone has to go to school, honey.", we hear our parents say). But nobody talks about why it became the way it is today. So, let's get some education and find out how it did become the way it is.

Back in the day

Do you remember your school days? Checking your time table before going to class, the bell, the tension before a test, the different years you went through and comparing your grades with those of others? Sure you do. But do you remember the steam engines, back in the day when school was invented? Of course not, that was 200 years ago.

During the time of the industrial revolution, when skilled workers were needed in hives, the idea of public education was born to educate the people in preparation for their role in society as workers. Obedient and diligent workers were needed that could adhere to standards and perform tasks in a pre-defined way.

So, they took children, grouped them by year of birth and put them through a series of learning phases, akin to a conveyor belt, to fill in the necessary knowlegde. These schools, like the production sites back then, had bells to signal breaks and time tables to organize the lessons, like the shift plans in the factories back then, and the lessons were held by a grown-up who also had the authority over all communication and the correct behaviour of the children, as well as bathroom usage. In order to make sure that the presented knowledge had been absorbed, they devised standardized tests, where questions have only one correct answer, in order to easily assess performance, and an accompanying grading system to rank the children.

And sure enough, bells and time tables worked great to turn those fussy children into obedient diligent workers. Standardized tests and the minute grading system trained them to do one thing and do it well, just like they were told.

The good, the bad and the ugly

Did this sound familiar? Surprisingly, this is more or less how we educate our children to this day. And as a consequence of the choices that were made, this system has established an efficient classification for people in our society: the academics and the non-academics: Academics are people who do well at school, non-academics don't.

Doing well at school usually predicts getting a well-paid job and thus high socicio-economic status -- academics are the winners in our society. It is not like the education system set out to separate losers from winners, though. It set out to foster and reward specific traits in people, like obedience, diligence, abstract cognition, among others. These criteria were undoubtedly arbitrary, but they happened to turn those who met them into winners, as this essentially functions as a scoring system for people on the scale from academic to non-academic.

What about creativity and collaboration?

This scale may be useful for some, but certainly not for all areas of life. An area that it is definitely not useful for is creativity. Studies that measured creativity (*) in children while they were growing up found that children in kindergarden are extremely creative. Apparently any child that age is a creative genius. However, the older they got, the less creative they became. Some went from extremely creative to totally uncreative. What happened?

There was only one thing all these children seem to have had in common: they attended school. This is where they were taught: "These are the questions. There is only one right answer for each question. Everything else is wrong. This is where you get to learn the right answers to the right questions.". Undoubtedly, this attitude stifles creativity as well as critical thinking: School becomes a place where you are loaded with knowledge without room for original thought and exploration. Creativity and curiosity, the desire to create and explore is effectively extinguished.

Similarly, collaboration has traditionally been neglected as well by our educational system. This shouldn't come as a surprise when looking at its original goals. Collaboration doesn't play into the competitive environment and makes performance evaluation quite cumbersome. Hence, what is called collaboration pretty much anywhere else has a different name at school: cheating.

But collaboration is simply how people are wired. We are social creatures with the urge to discuss our observations and approaches to tasks and learn from our peers.

Talk about a revolution

However, there appears to be hope: In recent years more and more people have become concerned with our educational system and occasionally even offended by the fact that children are classified into ranks that determine their future. They argue that noone is born an academic or a non-academic. According to them, all humans have the same capacities, but everyone has "different starting points", regarding their familiar background, their upbringing and their personal history. They say, everybody should have the chance to become an academic.

This certainly sounds like a noble undertaking. In order to achieve this, they demand individual and inclusive learning -- tailor-made education for everyone, helping them whereever necessary to lift them to the level of an academic. Tailor-made learning material and, due to the lack of teachers, self-dependent learning with self-checks and independent execercises is the new trend, emanating from the pedagogic ivory tower.

Let's take a step back, though. What does it mean to be an academic? Being an academic implies being obedient, diligent, good at abstract cognition. Can we really expect individuals with different traits, skills and personalities to turn into an army of academics, all with this very skill set, just because we give them space and endulge their individuality? When we stop enforcing the defined rules of spelling in class as vigorously as before, for example, we shouldn't be surprised when children come up with indivudal rules of spelling and thus fail our standardized tests.

Even more important can we force people to turn into academics? How much change in a persons faculties is actually possible from environmental intervention? Can we shift the percerntage of people who are unacademic today towards the academic end with public education? Let's take IQ as an indicator of academic-ness here(*). Studies suggest a high covariance of IQ between relatives within the same environment compared to a noticably but not dramatcally lower covariance of IQ between relatives in different environments. [2] Additionally, other studies showed that while mental ability in an environment of high socio-economic status seems to be stable between generations, mental abilities between generations vary more strongly in environments of low socio-economic status. [1]

So, apparently when we leave people with the same genetics in the same environment, they'll come out more or less on the same level of academic-ness. However, this appears to be modulated by socio-economic status (SES) When a child with genetically high academic-ness grows up in a low-SES environment chances are, it'll develop fewer of these traits than when growing up in a high-SES. However, high-SES environments do not have super powers: A kid with genetically low academic-ness growing up in a high-SES, might grow to its full potential academically, but may still not be very academic. (comp. [3])

In other words: Starve a sequoia and it won't grow as high as it could. Nurture a sequoia and it'll soar into the air. That still doesn't mean that nurturing a bonsai will turn it into a sequoia. What does this mean? Apparently, we cannot in fact foster and boost all the people in our society who have been classified as unacademic to the point of eventually turning them into academics, not even over multiple generations.

The goals of public education

Without realizing it, people, who want everyone to have the chance to become an academic, implicitly still worship at the altar of academicness. They accept the goal set during the industrial revolution: growing skilled, obedient, abstractly thinking workers with the precision of machines. When we realize that everyone is different, does this mean we should set out to turn everyone into drones with the same skill set? Shouldn't we perhaps instead change our goals and adjust our educational system to suit the individual needs of each of our children.

What do we actually want?

Indeed, while everybody has an opinion on what is wrong with our educational system today, nobody talks about what should be achieved with education - the actual goals of our public education. What do we actually want?

Previously, the inventors of public education during the industrial revolution sought to prepare new generations for working in the economy, recently this was reinterpreted as preparing them for being well off economically -- an individualistic goal which ironically still depends on the economy to define which people are actually needed and will thus be well off financially.

There are many desirable goals that are not met by the current system: Economically, the days are long gone when companies didn't care about soft-skills and collaboration, for example. On a personal level we might want our children to be prepared for life, with inter-personal, self-organization and self-determination skills. From a cultural perspective, we might want to pass along the cultural heritage of our society while preparing them for the globalized world. From a societal perspective we might want them to take on their responsibilities of active participants in our democracy.

So, why should everybody be an academic? And why do we treat people who cannot be squeezed into this template like losers? What do we as a society even have to gain from that?

The shortcomings of our current educational system are not answered by taking the individuality in people as a starting point for turning them into a homogenous army of people with the same arbitrary skill set. We need to fully embrace the individuality of every person. The goals of education need to be changed at its core.

We need to have a public debate about what each and every one of us in society actually expects from the education our children receive. We need to discuss what future we want our children to live in and how we want to prepare them for it. And hopefully, when our children one day ask us, why they have to go to school, we have a real answer. But, when education really has changed for the better, maybe they won't even have ask that question anymore.

Thanks to Sir Ken Robinson for introducing me to the faults in public education for the first time in his talks, and to Sean Kong for providing the article cover. 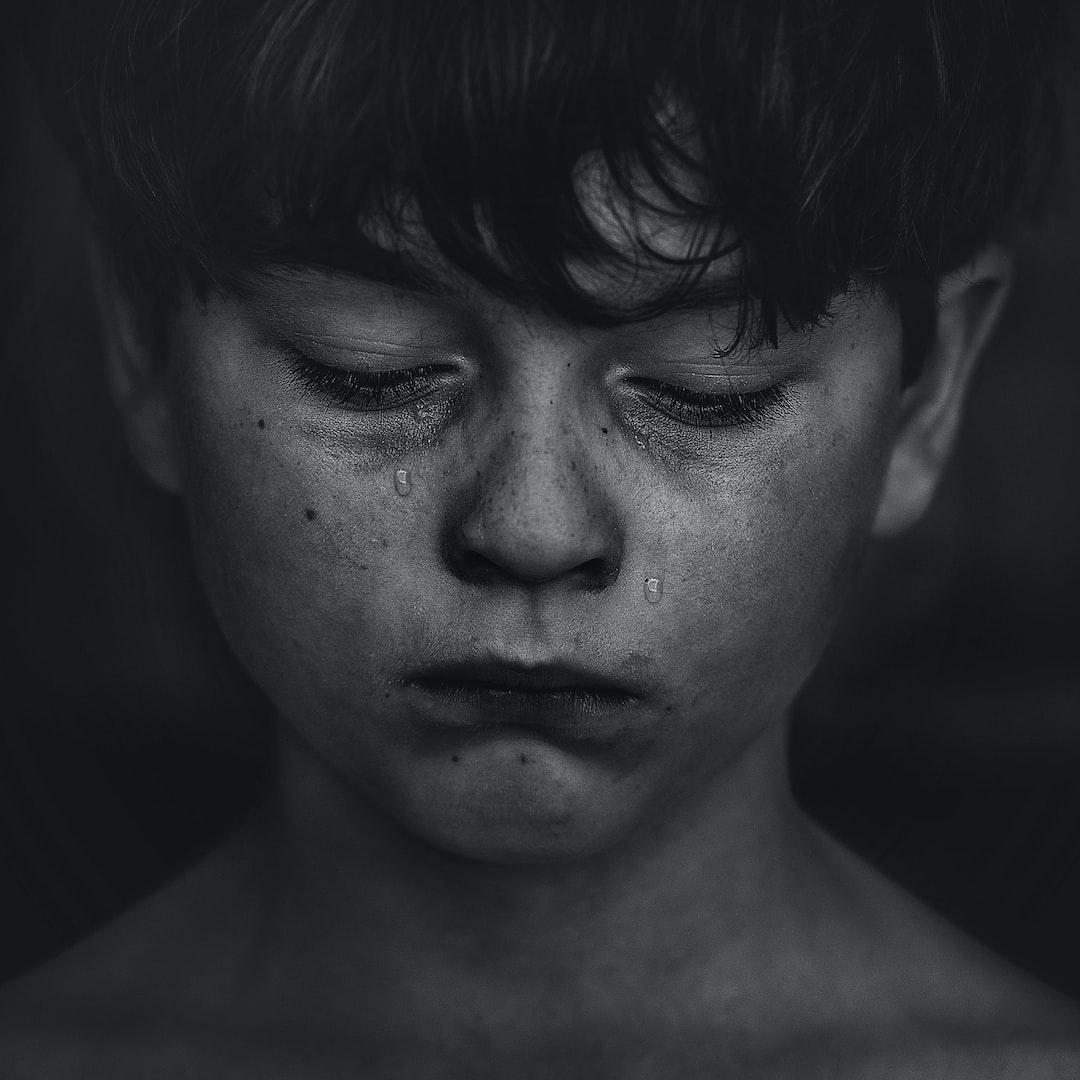 Why do I need an umbrella, if it never rains? This sounds like a strange question. Inadvertantly we think: You probably don't need it, but is that a realistic scenario?